Bethany Bird demonstrating Kata Hangetsu (半月 Japanese: “Half Moon”), an advanced kata practiced in Shotokan karate. The first part of the kata is performed slowly, with emphasis on breathing and kime (tensing at the correct moment during a technique), while the second part consists of more explosive movements. Hangetsu consists of 41 movements and the Okinawan version of this kata is called Seisan. A very important feature is the hangetsu-dachi stance (half-moon stance). 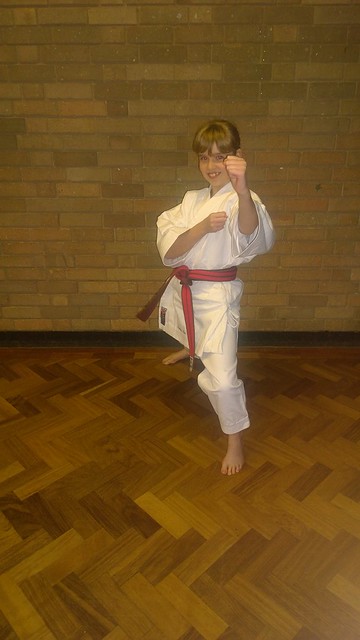